This is a press release from the Department of Human Settlements and Urban Development. 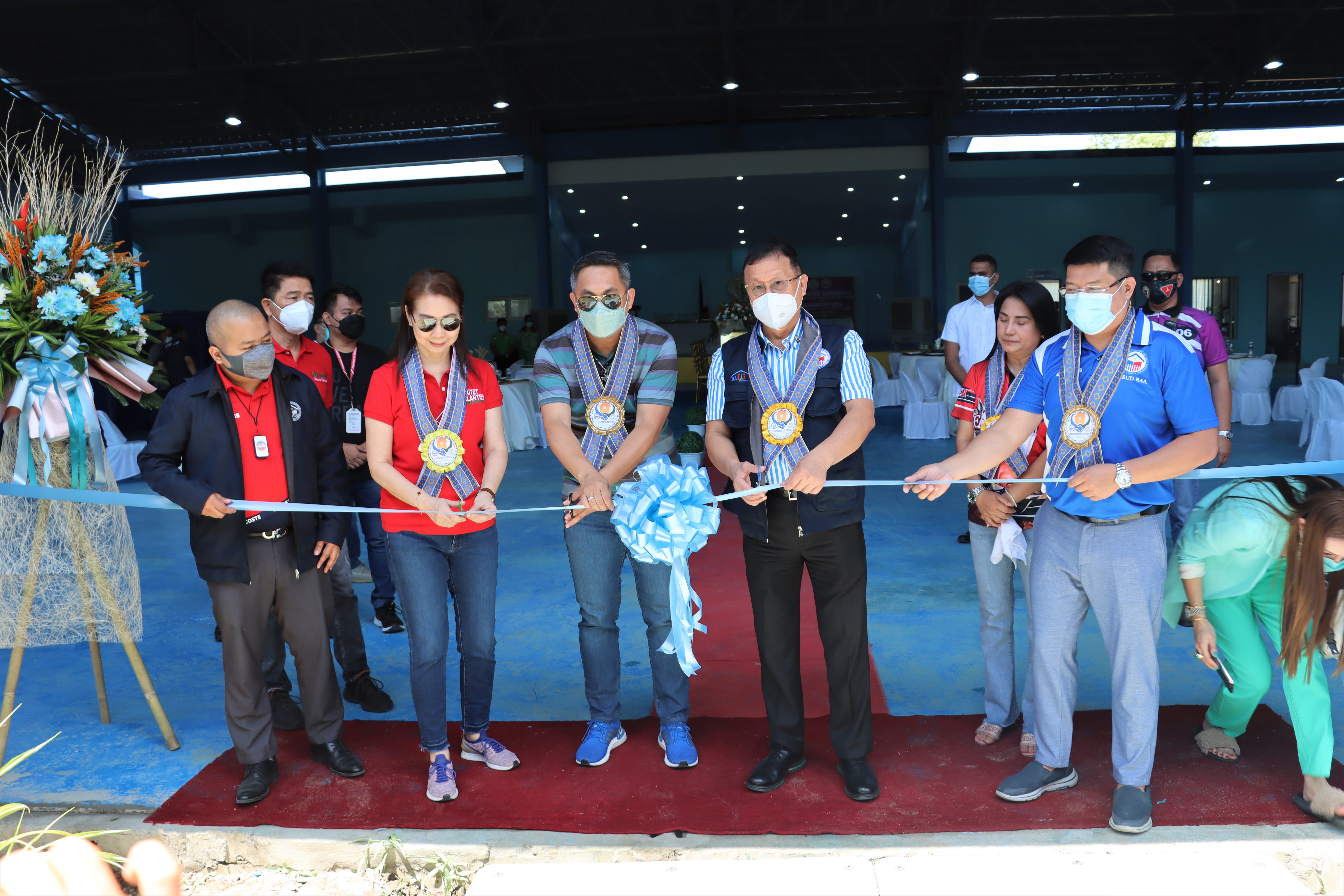 MATAASNAKAHOY, Batangas – Amid the recent activities of the Taal Volcano, the Department of Human Settlements and Urban Development (DHSUD) on Wednesday inaugurated three evacuation centers strategically located in three municipalities outside the danger zone.

Constructed through DHSUD’s BALAI Assistance Program, each evacuation center can accommodate at least 110 families or some 440 individuals, while approximately 106 modular tents can fit inside.

The evacuation centers were designed based on standards approved by President Rodrigo Roa Duterte with key amenities and facilities such as an administrative office, storage room, kitchen and mess hall, children’s area, clinic, prayer room, separate female and male comfort rooms as well as conjugal rooms, among others.

Secretary Del Rosario stressed that the construction of the evacuation centers is part of government efforts to boost the country’s disaster preparedness.

The construction was completed just under a year after DHSUD finalized memorandums of agreement for a grant to build the facilities with the three Batangas towns, which were among those impacted by the Taal volcanic eruption in 2020 but situated outside the danger zone.

“This (completion of evacuation centers) is in compliance to the directive of President Rodrigo Roa Duterte. In fact, the design and specifications of these centers were approved by our beloved President to keep our people safe and comfortable while away from home,” Secretary Del Rosario said.

Batangas Third District Rep. Maitet Collanes and Mayors Norberto Segunial of Sta Teresita; Edilberto Ponggos of Alitagtag, and Mayor Janet Ilagan of Mataasnakahoy were all thanks to Secretary Del Rosario and DHSUD Regional Office 4A Director Jann Roby Otero for the “blessings” as they described the development as “timely.”

Only recently, the Philippine Institute of Volcanology and Seismology placed the Taal Volcano under Alert Level 3 following a series of short phreato-magmatic bursts or increased magma unrest – prompting the preemptive evacuation of more than 5,000 individuals.

In another development, Secretary Del Rosario expressed DHSUD and the National Housing Authority’s readiness to provide shelters to affected residents of the Taal eruption.